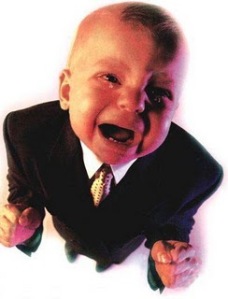 Ian Bremmer, writing in the A-List Blog of the Financial Times, takes a well-aimed shot at Western leaders who embarked on the ill-advised NATO campaign against Gaddafi’s Libya. Bremmer notes that NATO faces a quandary: either put NATO troops on the ground in order to turn the tide of the conflict; or, cut an ignominious (for NATO, at least) deal with Gaddafi. Bremmer, however, signs off his piece with the following admonition:

And so the stalemate will continue. Nato must now hope it gets lucky. In the mean time, its participants should reflect on the moral of this story for those western powers anxious to write its final chapter: a lack of international resistance can lead governments to start wars they don’t know how to win.

Bremmer is absolutely right, of course, and is channeling the Prussian master – Carl von Clausewitz – who warned the statesman and commander that:

The first, the supreme, the most far-reaching act of judgment that the statesman and commander have to make is to establish . . . the kind of war on which they are embarking.

No one starts a war–or rather, no one in his senses ought to do so–without first being clear in his mind what he intends to achieve by that war and how he intends to conduct it.

Leaders in Britain, France, the United States, and, indeed, NATO, have singularly failed on both of these Clausewitzian criteria, leaving NATO credibility and solidarity dangerously exposed.
With the disgraceful political shenanigans of both sides over the U.S. debt ceiling threatening to drive already battered U.S. credibility off a cliff due to ideological intransigence (the more dogmatic the politician, the less seriously one should treat them); coupled with European wishful thinking and sclerotic politics throughout the West, one hopes that we shall hit bottom soon and that a renaissance in strategic thought is just around the corner.
I’ll keep on dreaming …